Scale: The Universal Laws of Growth, Innovation, Sustainability, and the Pace of Life in Organisms, Cities, Economies, and Companies 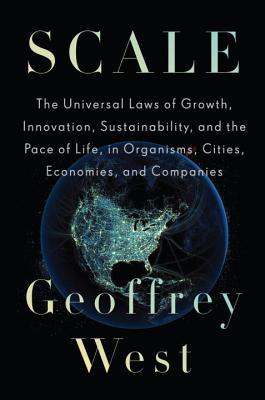 The main take away

During my ecology and human nutrition courses, I was always fascinated by the allometric laws. However, it always confused me that the scaling power was 3/4 and not 2/3 (surface sphere divided by volume sphere). This book gave a satisfying answer to this puzzle (though I still had to read the original paper to grasp it entirely). As is often the case of these scaling laws, they are a good way to think about various processes but do not always fit the data unambiguously. One is advised to take the statements of this book with a grain of salt.

I also enjoyed reading a more technical paper that explores how the scaling laws impact evolution.

You always had the glaring suspicion that biologists are too carried away into the details and that there is some simple principle that can explain nearly everything. You believe every scientific field is just physics applied.